Warning: Invalid argument supplied for foreach() in /home/httpsothebysreal/public_html/wp-content/themes/sothebys/single.php on line 63

The historic palace of 175 m2 for reconstruction in Old Town Kotor.

The palace belonged to the noble Vrachien family which had a house on this spot already in the 14th century. The current palace is from the second half of the 18th century. Unusually for a palace in the Bay of Kotor area, it is plastered.

Its most remarkable decorative detail on the exterior can be found above the portal: the composition of angels in stucco carrying a Baroque frame with the coat of arms of the Vrachien family, which depicts a swallow. Next to the portal is an arched street passage, above which is a room that originally functioned as the house chapel, the only of this kind in Kotor.

The palace has a well-preserved interior. The first floor is accessed via a staircase hall that is decorated with wall paintings and marbles in the “al secco” technique. These were made by the Italian master Napoleon d’Este in the second half of the 19th century. The main salon floor is still covered with original mosaics and terrazzo. Access from the salon to the side rooms takes place through the original doors made up of several types of wood. 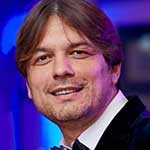 For more information about the property, fil out the form
and our property advisor will contact you.